Dr. Isaac Mar Philoxenos Episcopa is a thinker and student inculcating all necessary streams of thought to develop spiritual fervour in the people of India through a dialogue based on grace which can inter connect Theology and Hindu Philosophy. He was born on 5th December 1951 as the son of late Sri AM Isac and Mariamma of Attupurath family of Mavelikkara Cherukole Mar Thoma Parish. He completed High School education from BH High School Mavelikkara. He completed BA Degree from Bishop More College, MA from Banares Hindu University and BD from Calcutta Bishops College. He was ordained as Semmas on 29th May 1976 and as Kaseessa on 9th June 1976. He served as vicar of Rajara, Bilaspur, Allehabad, Renuket, Singroli, Boston, Mumbai Santacruz Parishes. He got MTh Degree from Princeston Theological Seminary and Doctorate from Banaras Hindu University. It is significant that the university awarded Doctorate on the basis of research based on the place of grace in Vaishnava Philosophy and Christian Theology. This research was a fundamental search for ideology helpful for meaningful dialogue.

He was consecrated as Ramban on 31st August 1993 at Mavelikkara Thazhakkara Church and as Isac Mar Philoxenos Episcopa on 2nd October. On 1st November 1993 All Saints Day – he took charge of Mumbai – Delhi Diocese. It was his initiative that made the construction of the beautiful Diocesan Head quarters at New Mumbai (Vashi) possible. He procured hundred acres for the Church near Kalyan and Navajeevan Centre was started there. Gramajyothi schools aimed at total rural development were started. He gave laudable leadership to construct houses for the rehabilitation of those rendered homeless as a result of earthquakes in Lathur of Maharashtra, Jabalpur of Madhyapradesh and Bhujj of Gujarat.

Thirumeni took over charge of Kottayam-Kochi Diocese from 1st October 2001. He took special care of all the parishes in the Diocese and gave special importance to planned developmental activities in underdeveloped regions. He worked as President of Kerala Council of Churches (KCC), Mar Thoma Yuvajana Sakhyam, as Chairman of Thomas Mar Athanasius Memorial Research and Orientation Centre Mochana and Thomas Mar Athanasius Counselling Centre and as member of Serampore Senate Executive. He gave special attention to the development of High Range region. He gave strong support and guidance to fight against social evils.

He was elected as a member of the World Council of Churches (WCC) Central Committee for a second time and worked in WCC, Policy Reference Committee, WCC Reference Committee on Justice and Peace, Chairman of ECC and unit 1 of NCCI. He was elected a second time as President of Senate of Serampore. He fulfils his responsibilities in his own special style as President of Holistic Child Development, India and now as member of the Executive. He was Chairman of the Governing Board of Kottayam Vaideeka Seminary and Manager of Kozhencherry St. Thomas College.

Thirumeni is committed to work with spirituality and social service combined. He is very keen to alert the members of the Church to effectively uphold meaningful ministry among the utterly poor millions of Indian people. 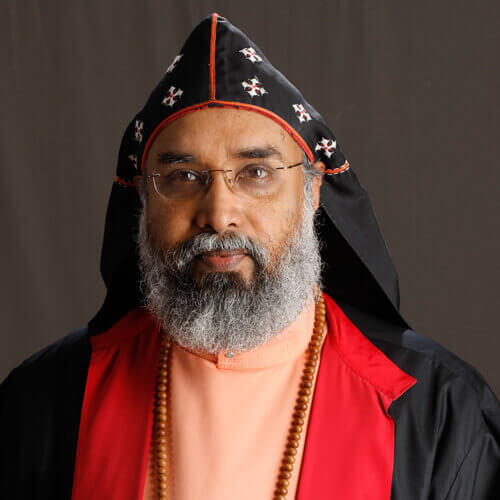